Male pattern baldness is a condition that affects approximately half of the world’s male population. It is characterized by a receding of the hairline. It initially occurs from the temples, forming an M shape, followed by a complete loss of hair on the top of the head, forming a U shape around the sides of the head. 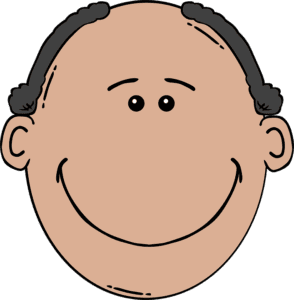 This condition is not completely understood by the scientific community, but it appears to be linked to genetic predisposition and the male sex hormone, dihydrotestosterone or DHT. The hair loss itself occurs as a result of the hair follicles shrinking with age, causing the hair shaft to grow thinner and shorter. Eventually, the hair follicle ceases to grow new hair but remains alive, suggesting (but not confirming) the possibility of new hair growth. In most cases, doctors diagnose male pattern baldness based on the pattern of the hair loss as described in the beginning of this article. If hair loss occurs in other ways, like in patches for example, then there may be a medical reason for it, like illness or an allergy to a new medication. Male pattern baldness does not have a medical impact on a man’s health, other than some anxiety related to body image. This anxiety, however, is found to be mild and temporary in most cases.

As we have mentioned, male pattern baldness affects about half of the population across the globe. In some cases, it may start as early as the stage of late adolescence, while for others it may start well beyond the age of 50. Regardless of this variance, the likelihood of baldness increases with age, especially for men who have close relatives with male pattern baldness. This seems to be particularly true when these relatives are on the maternal side of the family, although this is not an absolute rule.

Modern technology has enabled us to deal with baldness in many ways. Medications like minoxidil, dutasteride, and finasteride are known to prevent hair loss, although not in all subjects. Minoxidil, known by its brand name “Rogaine”, is the only medication that is approved by the FDA to be applied topically on the scalp. Statistics show that approximately 40% of men who use this medication experience hair regrowth after 3-6 months. Dutasteride and finasteride are taken orally. They are known as antiandrogens because they suppress the effects of androgenic hormones like DHT. These drugs have a 30% success rate in stimulating regrowth of hair and do not have a permanent effect, i.e. the effects will be reversed if the medication is stopped. Minoxidil and antiandrogens work better if used in combination, although this can only be prescribed by a doctor. It is also important to note that antiandrogens may cause side effects such as depression, erectile dysfunction, and gynecomastia.

Surgical treatments include hair transplantation and scalp reduction. These are more effective than the medications listed above, but they are much more invasive. Hair transplantation involves moving individual hair follicles from one part of the body to the balding part of the body. It is done by creating grafts of hair follicles that are genetically resistant to the effects of DHT and transferring them to the bald regions of the scalp. Each graft contains one to four hair follicles, and many grafts and surgically inserted into the scalp very close to each other. Scalp reduction is, as the name suggests, a surgical reduction of the bald area of the scalp.

Alternative treatments are available, but there is little or no evidence of the effectiveness of these treatments. These treatments include laser therapy and dietary supplements. Laser and light therapy have mixed results, which are subject to a high risk of bias, although they seem to be safe. Dietary supplements are also not recommended due to lack of evidence regarding their effectiveness. Substances like saw palmetto, biotin, gingko, aloe vera, ginseng, bergamot, and hibiscus are marketed as hair growth supplements, even though there is no evidence for their effectiveness.

While the treatments mentioned above are widely attempted with varying results, many men come to terms with their baldness in different ways. The easiest way is to accept it, and either shave off the remaining hair on the back and sides of the head or maintain it in a distinguished gentleman sort of style.

Another option is the comb-over. This involves growing the remaining hair to a length that is suitable for it to be combed over the bald area of the scalp. However, this method only works when the bald area is small. When the baldness takes over the entire top of the head, a comb-over becomes very obvious and not very appealing to look at. Yet another option is to wear a wig or a toupée. This option is the easiest to manage, as it does not require any kind of maintenance.