Even during the ancient times, hair removal has already been a sought after regimen. Just take, for instance, in ancient Egypt. The ancient Egyptians opt to scrape off their hair because of the norms which prevailed during their time. Back then, having a facial hair, or pubic hair was considered uncivilized. Also, hair removal was a strategic way of survival. Through the use of sea shells, sharp rocks, or flint blades –which served as their razor- they scrape off their hair to prevent their enemies from having something to grab on to. Truly, it seems painful. But we cannot deny that, indeed, hair removal was a sought after regimen. 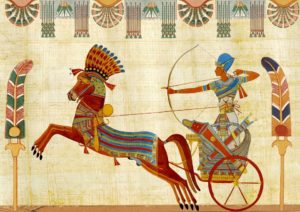 Fortunately, through the continuous innovation which had taken place throughout the century, so to speak, from time immemorial, the techniques used to remove hairs have been honed by technology and by the incessant effort to facilitate a more efficient and more convenient method of doing so.

In 1760’s, Perret razor was invented by Jean Jacques Perret. It was an L-shaped razor, which was made to lessen the damage the razor might inflict to the skin. It was only during the 1880’s that a safer razor was invented, specifically by King Camp Gillette, the founder of the widely popular, Gillette razor. Also, it was during the late 1800’s that the first use of Electrology, which vies for a permanent hair removal, was done. However, the reason behind that was not because of aesthetic purposed but because of a health condition.

Indeed, there have been significant changes, not only in the way people get rid of their unwanted hair but also the reasons for doing so.
In the 1900’s, how the society generally viewed hair removal also changed. It’s no longer just because of survival, but also for aesthetic, as well as health purposes. And it’s not necessary because people would want to adhere to the societal standards of beauty, but rather because people are beginning to realize some other benefits of hair removal.

In fact, up until today, it is undeniable how several people are into hair removal. Manscaping, Brazilian wax, to name a few, are getting more and more attention. A lot of people flock into salons to have their chest, back, feet, and leg hairs removed. Laser hair removal has likewise been a great popular option for people who want a more definitive result.

So, is hair removal really a trend?

With all that being said, we cannot deny the overwhelming support for hair removal. It was a trend and was continuing to be a trend. According to the U.S. Census data and Simmons National Consumer Survey (NHCS), that in 2016, 30.74 million Americans have used hair removal products. The number of hair removal procedures performed have also risen. Between 2000 and 2011, the increase in the number of performed hair removal procedures went from up to 47%, and the gradual increase is still continuing. Whether that be shaving, waxing, or permanent hair removal, all are being supported by a lot of people. It’s a trend, indeed, and its popularity is undeniable, that it’s safe to say that this trend is something we can expect from years to come.