How Many Times Can You Use A Disposable Razor?

With the hot summer in session, perfectly hairless skin has never been more coveted. From a butter-smooth jawline to clean shaven armpits, legs, and backs, razor sales skyrocket, and wallets shrink during the hotter months of the year. We all know that a high-quality shaver is expensive, thus making the appeal of disposable razors enticing.

But there is a lot of debate about the quality and use you can get out of disposable razors. We’ve all heard the rumors that disposable blades dull like a 90’s sitcom rerun, but does disposable mean less quality?

Checkout our article about the best disposable razors here

We are all wondering how many times can you use a disposable razor before it’s too late. Well with a little research I found a couple factors that tie into why disposable razors often seem to dull so quickly. 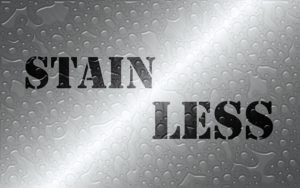 First, I’d like to simplify the mechanics of the generic razor blade. Razor blades that are most commonly used commercial and medical use are made of martensitic stainless steel, which is one of three kinds of common steels. At Balance.com they informed readers that this form of steel is desirable for its 11% to 17% chromium properties, which is said to produce a corrosion resistant barrier.

I know you must be thinking, that does not sound right, we’ve all had a rusty razor blade or two even with a claim like “stainless steel” on the packaging. The fact of the matter is that stainless steel is not completely stain resistant and because it still contains other properties that are at risk of corroding.

Research into Study.com shows that the reason many razor blades dull is from a process called oxidization. Oxidization, or iron oxide, is a process in which oxygen and moisture chemically reacts and change the properties of, in this case the razor blade. And when stainless-steel blades have properties of iron in the mix, iron oxide is a threat, and rusting occurs. Thus, instead of having a squeaky-clean silver blade, a rust-colored raggedy metal piece remains.

Unfortunately, it is very easy for this to happen because oxygen is all around us and we typically leave our used razors in the showers to rust and wither away. You might think that even though your razor blade is discolored, you can still get some use out of it or even find a way to remove the rust, and that may be true, however a rusting metal is slowly weakening and breaking down, so even if you can squeeze a few extra days out of it, it will soon be no more.

Okay, so now you’re thinking, so what about the razors that don’t rust, but still dull? The reason that your razor blades dull over time is a combination of use and abrasion to the steel itself.

So, if you think about a razor blade is just like any other sharpened metal, like a sword or a kitchen knife, it has been cut to a precision thickness and sharpness and at first use should be a clean sharp edge. However, over time and with various kinds of use, such as cutting hair follicles, the sharp edge becomes dull. 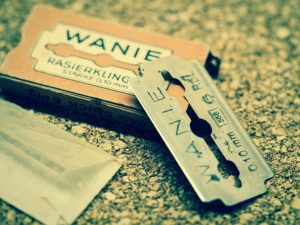 The process of use has either made the blade blunt, or chipped away minuscule fragments and has made the blade jagged. If you have ever had an older razor blade snag and pull at your hair while shaving, it is because of the jagged edge.

Because of this, swords, knives, and mechanical cutting tools have put into place edge sharpening tools that bring the life back to cutting tools after they have become dull or jagged. In concept razor blades can also be sharpened back to good use and improve the longevity of the blade by using any form of sharpening tool. However, for disposable razor blades, the quickest reaction is to toss it in the trash and grab another.

So, let’s get down to the question at hand. How long can we expect to get out of a disposable razor? Considering the pitfalls of rust and dullness of use, it really comes down to how often you use your razor and more technically how many hair removing strokes the razor is producing.

Now, consider an actual life case study – in which my lovely sister was very accommodating to help me out with the data. Currently my sister used a 2-blade generic brand disposable razor. It was a pack of 12, and she used 10 razors total. On an average scale, in the span of 10 to 14 days this razor is dull.

The razor typically will rust if it stays in her shower for more than 3 weeks. She shave her armpits every other day, legs roughly every 2-3 days. That is a rough estimate of 2 large areas about 10-14 times. So, if you use your razor for medium to large areas of your body once a day, you can estimate it might last you 10 to 14 times.

Other disposable razors she have used include 4 to 5 blades and those although have a smoother ease of comfort while using; it would typically last about the same amount of days as she have estimated with the 2-blade razor. She stated that the dullness of the 2- blade razor does seem a lot more noticeable than a 4 to 5 blade razor after about 10 uses.

To quickly touch of razor blade count, the more blades you have on the razor equals more friction power. So, in comparison to 2 dull razors, 1 being a 2-blade head, and 1 being a 5-blade head, the 5-blade will appear to be able to cut off more hair because there are more blades to catch onto hair follicles.

Is it Worth it? 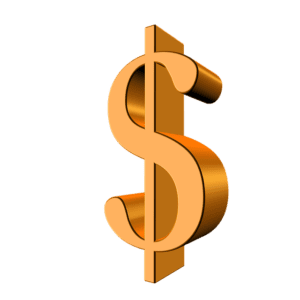 She paid about 5 dollars for the generic brand of 12, 2-blade razors, whereas a more expensive brand of shaver might range anywhere from double to triple the cost. If she get at the lowest amount, that’s an average of 10 days, she’ll have a pack that will last her roughly 120 days, or 4 months. With that in mind a 12 pack of razors for 5 dollars, will last her all throughout the summer and then some, which is an incredible deal. To answer the question, are disposable razors worth it? Yes, they are worth it if you are trying to save money and get a good amount of use out of it.

The length of a razor is a hard factor to pin down. By taking care of your razor, making sure not to let it rust, and by using it less frequently or even sharpening it might extend the life from a couple weeks to a few months or longer.

The bottom line is, whether it be from rusting in the shower, or dulling from the amount of uses, over time your disposable razor blade will need to be exchanged for a new one. However, blade count doesn’t seem to make a huge difference, and disposable razors have a pretty good lifespan and if you buy in bulk you might just get a great deal and a lot more out of disposable razors than commonly thought.