The Magic of the Shaving Bowl

For any living person out there, one of the most important grooming routine is shaving. We all need to do it but we all hate doing it (or most of us at least). Before going any further, I would like to put it out there that there are many techniques used by different people in achieving their desired style. This is for those who want to experience the elegance of bowl usage or improve their current technique.

Factors and Techniques to Consider in Using a Shaving Bowl 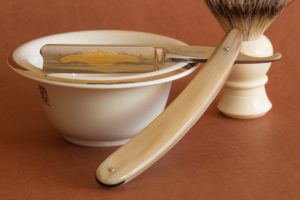 Photo by Frank Schulenburg / CC BY-3.0

To become an excellent member of the bowl using community, you need an excellent bowl. If you are not interested in getting a new bowl or making changes to your current one, you may as well skip this part but if you want to be the best you need the best.Don’t worry, selecting a bowl is not as complicated as I’m making it seem. Just get one with a rough and consistently textured inside. It may seem easier to walk into that kitchen and pick up any old bowl but trust me, using a dedicated shaving bowl specifically designed for lather formation will change your shaving game.

It’s either shaving cream or shaving soap.I know this is an easy point of conflict at the initial stage of the shave but it all comes down to personal preferences and availability. For this reason, I will address both factions of the argument.

My preferred choice is the shaving cream due to its easy mixing property. However, soaps have been argued to provide a better lather, a fact I’m willing to accept, but in this case, the structure of the soap should be taken into consideration. I strongly favor the use of soft soaps over hard ones since they also provide some form of ease in mixing.

This is the point where the major differences regarding the lather source comes into play. Starting with the easier of the two, squirt your shaving cream into the bowl in preparation for the mixing. Soak your shaving brush (preferably with a badger hair bristle) in a container of hot water or simply run the water over it for about 30 seconds.

Once the water is completely absorbed by the brush, simply squeeze or shake off some of the excess water. Mix the shaving cream with an alternating rotation pattern (clockwise and anti-clockwise) of the brush. 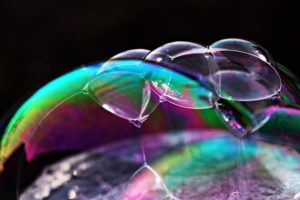 If the mixture appears to be dry or with an irregular consistency, add few drops of water into the bowl and continue mixing as described. However, excess water in the mixture may result in the formation of large bubbles which can be fixed by consistent stirring, addition of more cream or complete disposal of the mixture based on the water content. Moving on to the shaving soap. I would like to iterate that for this, a soft soap will produce more desirable results for the required time and effort involved.

Begin by running the soap over warm water in the case of a soft soap or by soaking it in a bowl of hot water if you decide to take the path of most resistance. This gives the soap some time to soften and ease the formation of lather.

Add a few drops of water to your shaving bowl then begin swirling the surface of the soap with your brush in an alternating rotation pattern. The swirling will create some lather on the surface. Continue swirling until sufficient lather has been collected on the bristle of your brush. Dip the brush into your bowl and swirl once again in an alternating rotation pattern until lather begins to form in the bowl. Repeat the process of transferring the lather from the soap surface to the bowl until a sufficient amount appears in the bowl.

Congratulations! You have completed the most difficult stages of the process. Begin application by wetting your face (or any other part) with some water. Next, scoop up some of the lather from the bowl with your brush and rub it in a circular motion on your face. This method of application should cause more lather formation on the surface of the skin. Repeat application until the entire shaving surface is covered sufficiently in lather. To achieve an even distribution of the lather, avoid extra swirling on the surface.
I have decided to skip the task of describing the whole shaving process due to the numerous ways of achieving a good shape. For this, act at your own discretion. As with any good tool, storing your bowl properly will help keep it usable and pleasing.The amount of lather left in the bowl will decide if you should clean and/or store. If the lather left will not be used in the near future, go ahead and clean the bowl unless a ton of it is left, which shouldn’t be the case. To clean run hot water over the brush into the bowl while swirling the brush in the bowl with an alternating rotation pattern. Once you’ve gotten the bowl clean, rub the bristles of the brush with your fingers while running water over it. 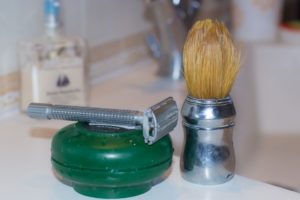 Storing excess lather properly is a tactical process. Find a good fitting cover for your shaving bowl, cover it and store in a cool dry place. For those with cleaned out bowl, leave it out to dry or rub gently with a dry cloth to remove the excess water. Store your bowl and brush in a cool dry place. One important point to take note of when storing your bowl is to separate it from sharp tools like your razors or cartridges to keep the aesthetic nature. Now that you have learnt the basic skill of using a shaving bowl, achieving perfection may not be easy but practice makes perfect. In perfecting your technique keep in mind that the points are only the techniques and opinion of one person. Keep shaving and stay clean!