What Pomade Did Elvis Use? 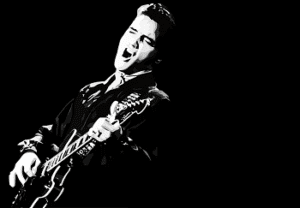 The Big E. The Hillbilly Cat. The King of Rock ‘n’ Roll. Elvis the Pelvis. Elvis Presley is arguably the most well-known musician of all time. He is in all ways iconic. In his short life, he was and is remembered as one of the most influential and celebrated musicians ever.

He was popular in both music and film. His reach included the blues, gospel, and pop genre. He sold over 600 million units worldwide. Not to mention his 3 Grammys and awards for various films.

His music has stood the test of time, and he will forever be remembered as a Rock ‘n’ Roll legend. But maybe most of all, when someone sees a picture of  Elvis, they remember the hair.

Elvis, a big music star with even bigger hair. But what did he use to make his hair so perfect? Pomade? Vaseline? Hair gel? Well most likely, he used a little of everything.

Get that Elvis kind of look with these pomade made specially for your Asian hair.

Elvis had a personal hair stylist named Larry Geller. Larry Geller came to be with Elvis around 1964.

Geller would help Elvis style his hair for events at Graceland, film productions, concert performances, and other celebrity appearances.

Geller was responsible for Elvis’s hair in many movies. Some of these movies include Girl Happy, Easy Come, Easy Go, Paradise, Hawaiian Style, and Frankie and Johnny, just to name a few. In fact, for Elvis’s funeral, Geller prepared his hair for the very last time. 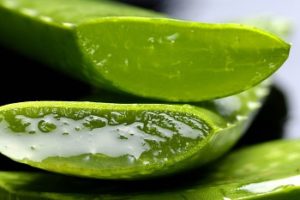 In addition to being his hair stylist, Larry Geller was a close friend of Elvis and was a big part of the development of Elvis’s identity.

Larry was the genius behind a lot of Elvis’ iconic hair-dos. Geller has been on record, revealing the secret behind Elvis’s perfect hair.

Geller has said that he would go to the food store and make his own mixture for Elvis’s hair. He said he would combine base shampoo, aloe vera, and other special herbs to create a perfect hold for the King’s hair.

Geller wasn’t around for the early years. What did Elvis use then? It has been confirmed that Elvis used two brands of pomade in his teenage years. The brands of choice were Dixie Peach Pomade and Lovers Moon Pomade. He continued to use these products until 1958 when he combined forces with Larry Geller.

Another pomade that was popular at this time was Royal Crown Pomade. It was the go-to pomade for many rockers during Elvis’s era. Johnny Cash and other famous greasers were known to use Royal Crown Pomade, and Elvis was no exception to this trend.

It has also been stated that in addition to pomade, Elvis would use hair tonic in his hair. Hair tonic is an old school product. It was very popular in the 1950’s when Elvis was the hair king. Hair tonic would make the hair look glossy, which gave the appearance of healthy hair.

Just like pomade, it would hold the hair in place, allowing Elvis to shape his hair however he wanted to. Hair tonic lost some of its popularity in the 60’s when gels and mousses became more popular.

Get our list of pomades for your thick hair here. 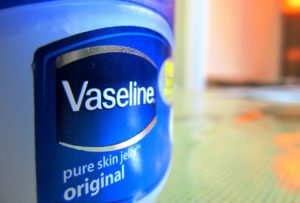 Elvis would also use Vaseline. Vaseline is a product still popular today for many various things, although most people now wouldn’t think of it has a hair product.

But just like pomade or gel, the Vaseline allowed Elvis to keep his hair in perfect position during his acting and shows.

A lot of people believe that Elvis also used a lot of hairsprays. Later in his career, it is documented that hairspray was often the product of choice.

It is clear that Elvis was very versatile in what products he was willing to use.

So, while we don’t know exactly what and when he used certain hair products, we have a good idea of some of the things he used and what worked best for him. Regardless of the product, he put in his hair, it was always perfect and ready for the big spotlight, just like him.

When people think of Elvis, of course, they first think of the music and movie fame. But years from now, when children see a picture of him, the first thing they may notice is the perfect hair style without a strand out of place.